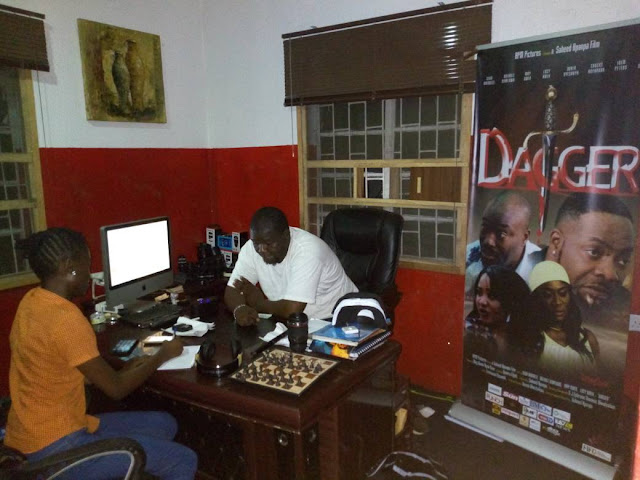 Q: How long have you been in the Movie Industry ?
A: 7 years professionally and in total 9 years

Q: What inspired you ?
A: My inspiration came from my love for entertainment and writing. I actually started as a writer when I was in New York, United States about 20 years ago. I had the love for creating characters  on papers and I knew that one day the same characters I’ve been creating on paper will be visualized.
I never knew that I’ll go into Directing or Production fully but I always wanted to write. So I started writing, then the writing got me here.

Q: How many known celebrities have you worked with ?
A:  I’ve worked with a lot of them like, Jide Kosoko, Iyke Ogbonna, Oge Okoye, Bolanle Ninalowo, Esther Audu, Mike Godson amongst others.

Q: How many movies have you directed so far ?
A: I can’t count because there some films that my name is attached to that possibly I’m not the director but I lined-produced the film. Movies such as, ‘Couple of Days’, ‘Two Sides of A Coin’, one way or the other my name was attached to these movies. For the movies, I’ve directed we have, ‘Dagger’, ‘Dark Closest’, ‘Trapped’, ‘Power of Tomorrow’, ‘Six Months Maddest’ and so much more. I can’t count because I’ve directed a lot of movies. 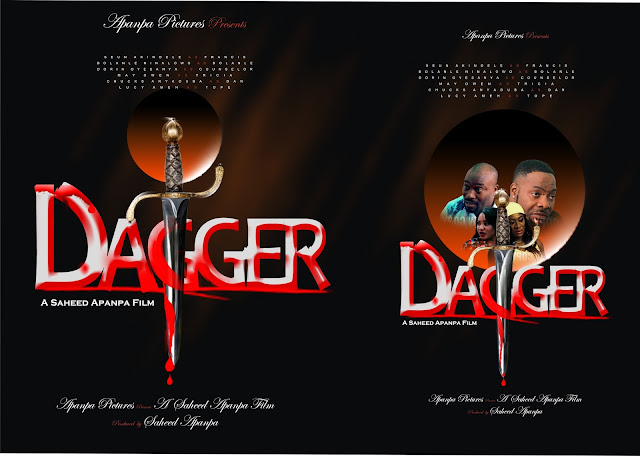 Q: Tell us about the movie, ‘Dagger’ ?
A: Dagger is a movie that has to do with marriages, infidelity, disloyalty, and so many aspects of life. I actually wrote the film and produced and directed it as well. It will be in the Cinemas Nationwide on December 8 th,  2017. It starred actors like, Bolanle Ninalowo, Seun Akindele, May Owen, Inem Peters and many more. A couple of artists that I’ve worked with in the past, were also involved in the project and we were able to achieve the film. They also brought out the beauty of the movie, ‘Dagger’.

Q: Why should people watch Dagger ?
A: I want you to come and watch Dagger because you’ll get your money’s worth. It’s a story that has depth, that was told well and you’ll learn from it morally and learn about issues that occur in marriages. You’ll get to know why it occurs, what to do and what not to do when these issues come up. You’ll learn a lot from Dagger, so you come and watch it.

Q: Where do you see Saheed Apanpa Media five years from now ?
A: Well, that’s too long because in the next two years we’ll be collaborating with some international artists to get to work with some of artists here in Nigeria.

Q: What are your goals, vision for the Nigerian Film Industry ?
A: To be the first Director to bring Oscar Awards to the industry.

Q: What advice will you give to upcoming Directors in Nigeria ?


A: The thing is this, don’t because others are doing it. You need to have the zeal, go to film schools, work towards, be passionate about it and be committed to it. You’ve to always read, watch films, so that you can learn more. There’s a saying that, “if you ten scripts to ten directors then you have ten different films.” So you just have to do something that people can connect to the story you’re telling.