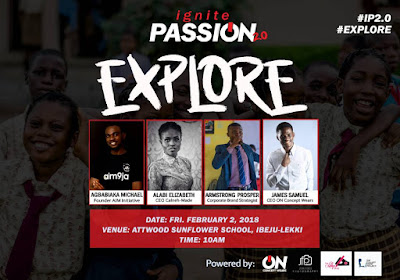 Something spectacular and educative is happening this week in the city of Lagos, it's the Ignite Passion 2.0!. Ignite Passion was created in 2016 by Samuel James and Prosper Armstrong but officially started it's operation in September, 2017. In a conversation with Prosper Armstrong he said , "it was originally 'Inspire Africa' but we discovered that a foundation already had that name. The event that led to the creation of the event was an incident we witnessed under the bridge at Oshodi which made us realized that a lot of young don't really understand who they are or they have no idea of the kind of fire that is burning in them. They have not taken the time to search within them to discover the quantum of power laying fallow". 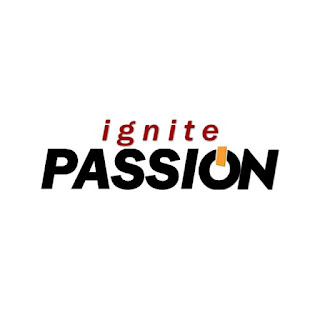 The core objective of Ignite Passion is to reach out to over 200 million students and youths, to mentor, teach, guide them to discover their true purpose. So far the team has visited Kefas Secondary School and King George Schools, both in Badagry, Lagos, and the turn out was tremendous. For the first time this year, the team will be visiting, Attwool Sunflower School, Ibeju-Lekki on February 2nd, 2018. 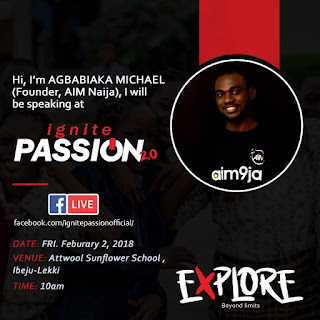 The guest speaker for the event, Michael Agbabiaka, a young man passionate about innovations that solve social problems. He's mindful of the common man. He has keen interest in Leadership, Entrepreneurship, and Global Development Goals. He's an Alumnus of Obafemi Awolowo University and Lead Partner, AIM NG, One of the fastest growing Youth-led NGOs in South-Western Nigeria.